Award-winning measurement and testing for incremental contribution of media

Get a Demo
Play Video

Award-winning measurement and testing for incremental contribution of media 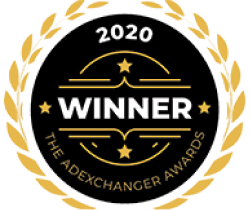 "Measured has been the most valuable marketing technology partnership we've added in 2020." "Measured has proven to be a valuable strategic partner helping us understand the incrementality and contribution of each of our ad channels."

"Working with Measured since 2018, we have seen first hand the value of their technology and services. They are great people dedicated to our success"

"The speed with which we've been able to gain insights into our marketing decisions has been amazing."

"In the first 18 months of working with Measured, we doubled our online business." The Measured Intelligence Suite is incrementality measurement software designed to grow with your business. We execute comprehensive, repeatable, and transparent experiments to identify the incremental contribution of media and deliver actionable cross-channel insights.

Integrations with 100+ media platforms enable quick set up for testing incrementality
across all your media channels.

What is Incrementality Testing?

Incrementality Testing is a proven experimental approach for measuring the incremental contribution of media. Tests are executed by systematically withholding ad exposure to a representative subset,  or “cohort,” of the target audience (the control group) while maintaining normal ad exposure to the broader audience set (the test group). As long as the control group is selected at random and sizable enough to be statistically significant, then the incremental contribution of the media can be determined by the difference in performance results (conversion, revenue, profitability, etc.) between the test and control groups.

How Do You Calculate Incrementality?

By using targeting parameters available within publisher platforms to configure ad campaigns that serve a control treatment and a campaign treatment to similar audiences, publisher tracking and reporting can tell us the conversion rates for both the control audience and the campaign (test) audience. The difference in those conversion rates can be interpreted as incrementality.

The control group needs to represent a minimum percentage of the total test and control reach to be scientifically valid, but that number can vary based on a number of factors. The test group will receive your ad, media in question; the control group will not receive the ad message. There are multiple ways to build a control audience. Some examples are:

The Measured Intelligence Suite™ of Products for Marketing Attribution

Our marketing data warehouse is a data operating platform purpose-built for analytics.

All your marketing data is easily portable for use with all any business applications. Learn more

To deploy and manage experiments systematically and reliably across the media mix is a complex process.

Our optimization reports and proven scenario planner that forecasts short and long-term media performance will guide you to the best decisions for improving results and optimizing media mix across your portfolio. Learn more

We aren’t. Measured bet on incrementality testing and cohort-based analytics as the future of measurement.

Read how we future-proof your measurement.

Want to Learn More About
Incrementality and Attribution?

We’ve got answers to all your questions about measurement,
experimentation, MMM, MTA and more.